Seniority is a system adopted by many companies in Japan. It is very common among Japanese society. The salaries are increased according to years of your service (kinzoku nensu) and age, and positions (officers, managers, etc.) are also given based on that.

Your salary will increase with your years of service and age, regardless of how much profit you have earned or how much you have worked.

In most foreign companies are performance-based (= people who have achieved good results regardless of age can get a job). It seems a little strange for you,doesn’t it?

Why was there the seniority system in Japan?

The reason why we have such a system is based on the following idea, the more time serving the company, the better knowledge and experience you get, even aging as well.

It is thought that the more you can contribute to the company (the more jobs you can do, the position to train more people, make responsible decisions, etc.), and the higher value as human resources you get.

As you can see if you have been working part time job, the work you could do the first year and the year next is different. Your hourly wage might been increased. It is basically the same idea.

However, the question remains whether “long service years = contributing to the company” or not.
That is why it is said that the lifetime employment system has collapsed in Japan, but the biggest companies still have this system.

Are there any countries have the same system as Japan?

Does it exist in any other countries?

It depends on the countries but most companies seem to adopt both seniority and performance.However, there are more companies adopt performance based system.

For example, in South Korea, major companies are basically seniority ranks as in Japan. But there are also individual performance salaries. If you can not achieve results even in seniority ranks, you may not get a performance salary and you might be fired.
It is different from Japanese lifetime employment, you will always have the risk to get fired.

APros and Cons for seniority

Since the job title is determined by years of service and age, it is easy for the Japanese to become familiar with the form of “senior (older person) instructing junior (younger person)”.
It is easier for Japanese psychologically since we are used to have the habit.

It is thought that ｗork is learned from seniors, and when you become a senior, it is easy to create a corporate culture in which it is natural to train juniors.
Seniors can train with peace of mind because their juniors are not trying to take over your position.

◆To motivate people to work for the company for a long time.

It is considered as to stop people throwing out their jobs or seeking other job opportunity. As long as they are being patient no matter how much they work hard it is promised that they will get promoted eventually if you work long enough.

It will be an advantage because the company can secure stable human resources. This also leads to the company’s spirit of patronage (Aisha seishin = loyalty).

Some people might only do the minimum necessary work and will not work actively . Because if you don’t make a big mistake, you can work without worrying about getting fired and your salary won’t go down.

Many people think that their salary will increase every year as long as they work for the company enough. As long as they do their job as asked, the salary would go up every year.

◆It is disadvantageous for job changers and temporary employees.

It is important to stay with the same company, so a job changer who has been with the company for a short period of time will be disadvantaged systematically.
In addition, non-regular employment such as temporary staff and contract employees cannot use the seniority system, and their salaries are reduced.

Even with some success, salaries do not easily rise because seniority is given priority. This makes it difficult for young people to have experience with cost.

The salary will increase when they reach a certain age, but the fact is they must endure with a small salary, no matter how much they achieve while they are young.
It is a major disadvantage of the seniority system.

If you consider working for Japanese companies, please keep it in your mind”Lifetime employment”. 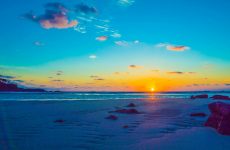 To all international students planning to come to Japan

Hello! This article is for international students that…

How much you can be the asset of the company

Communicating your “reason for application” 【starting from the conclusion】

In order to communicate well what you are thinking 「th…